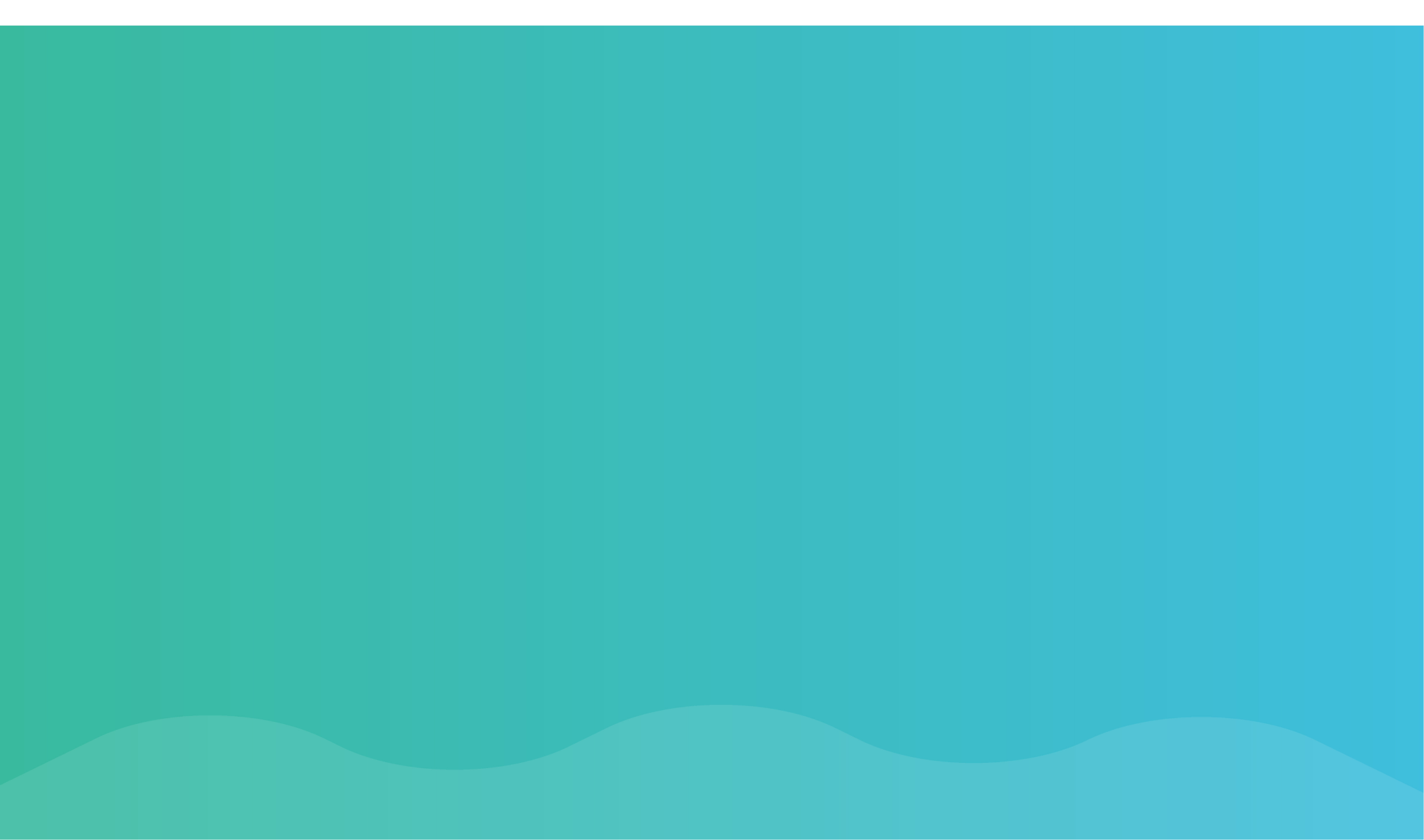 WATER FOR ALL SUMMIT 2021The Hardest Working River

This Virtual Summit will bring together industry leaders to learn more about sustainable water resource management and discuss real issues that will impact the future of our shared water supply.

Each day from 9:30 a.m. to 12:30 p.m. we will focus on how we can plan ahead and work together – across jurisdictional lines, industries, and interests – to protect the ecological integrity and extend the resources of the Catawba-Wateree River. We hope you join us for this special two-day event!

Water levels in the Catawba-Wateree chain of lakes are a result of natural environmental factors combined with Duke Energy’s operation and management of the dams and hydroelectric generation. While goals are established that target maintaining water levels where they benefit most interests, establishing those goals require tradeoffs and balancing risks. When natural environmental events overwhelm the ability to maintain water levels within the target range, the region is impacted in many ways. This discussion will bring to light some of those impacts and the risks that are created by decisions made. 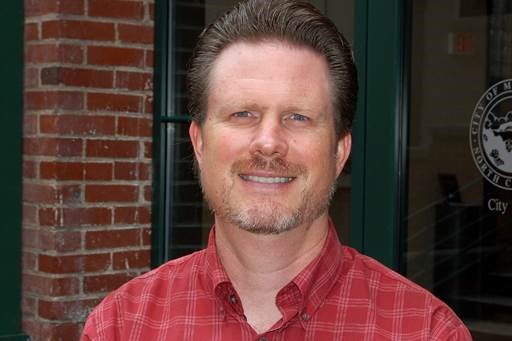 Brad earned a Bachelor of Science degree in Biology from Bowling Green State University in Ohio. He holds a North Carolina Grade A-Surface Water Treatment Operator certification and a North Carolina Grade 1 Physical/Chemical Water Pollution Control System operator certification. In addition, as a member of the Class of 2015, he has completed the Municipal Administration course at the UNC-Chapel Hill School of Government.

Brad serves on the Board of the Catawba-Wateree Water Management Group as Secretary/Treasurer and is active with the Regulatory Action Committee of the North Carolina League of Municipalities. 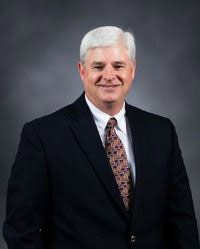 Radford L. Thomas was selected Director of Public Utilities of Lenoir, NC in 2011. He has worked in local government for 25 years with the majority of his time spent working as a town or city manager in several cities across North Carolina including Newton, NC and Eden, NC. He also spent 10 years working in the non-profit sector as the Executive Director of a hospital foundation and as president of the Chamber of Commerce in Lexington, NC. A native North Carolinian, he is a graduate of Appalachian State University where he received a BS in Political Science with a concentration in local government management and administration. He has received certificates in Municipal Administration from the School of Government at the University of North Carolina-Chapel Hill, completed the Public Executive Leadership Academy through the School of Government at UNC-Chapel Hill and received a certificate in Non-Profit Management through Duke University. He also completed the ICMA Gettysburg Leadership Institute and holds certifications in Water Distribution and Wastewater Collections. He is a member of ICMA, the North Carolina City and County Managers Association, NC chapter of the American Water Works Association, NC Waterworks Operators Association and the NC Rural Water Association. In 2015, he visited the island country of Timor-Leste while participating in a Fellowship Program sponsored through a partnership between the US State Department and the International City/County Managers Association. 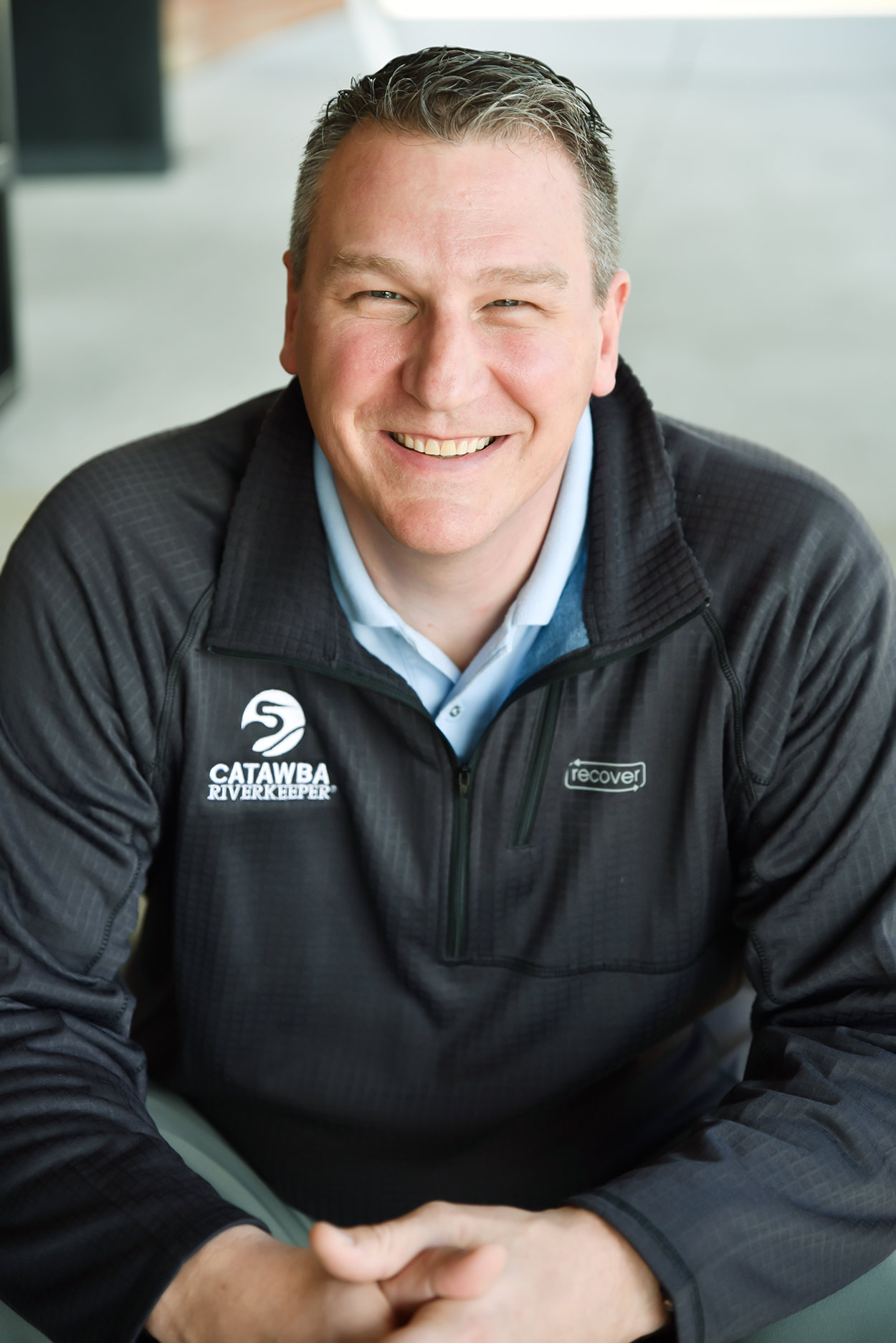 As Executive Director, John is responsible for the overall leadership of the Catawba Riverkeeper Foundation and serves as its primary fundraiser, visionary, and relationship developer. John brings a diverse background in coaching, athletic administration, fundraising, design, marketing, sponsorship planning, and sales management to the Catawba Riverkeeper Foundation.

John grew up in Central Illinois where his passion for the outdoors began while bird hunting with his grandfather. John attended Milligan College in Johnson City, TN, where he was a 3-year starter and captain of the basketball team. John fell in love with the mountains of East Tennessee while earning a Bachelor’s Degree in History and English from Milligan College and a Master’s Degree in English from Tennessee Tech University. After college, John embarked on a ten-year basketball coaching journey at Gardner-Webb University, Tennessee Tech University, Lincoln Christian University, and Auburn University before working in athletic administration at Bradley University. Following his time in athletics, John worked in the business world for XOS Digital, Downstream Design, and Adams Outdoor Advertising. 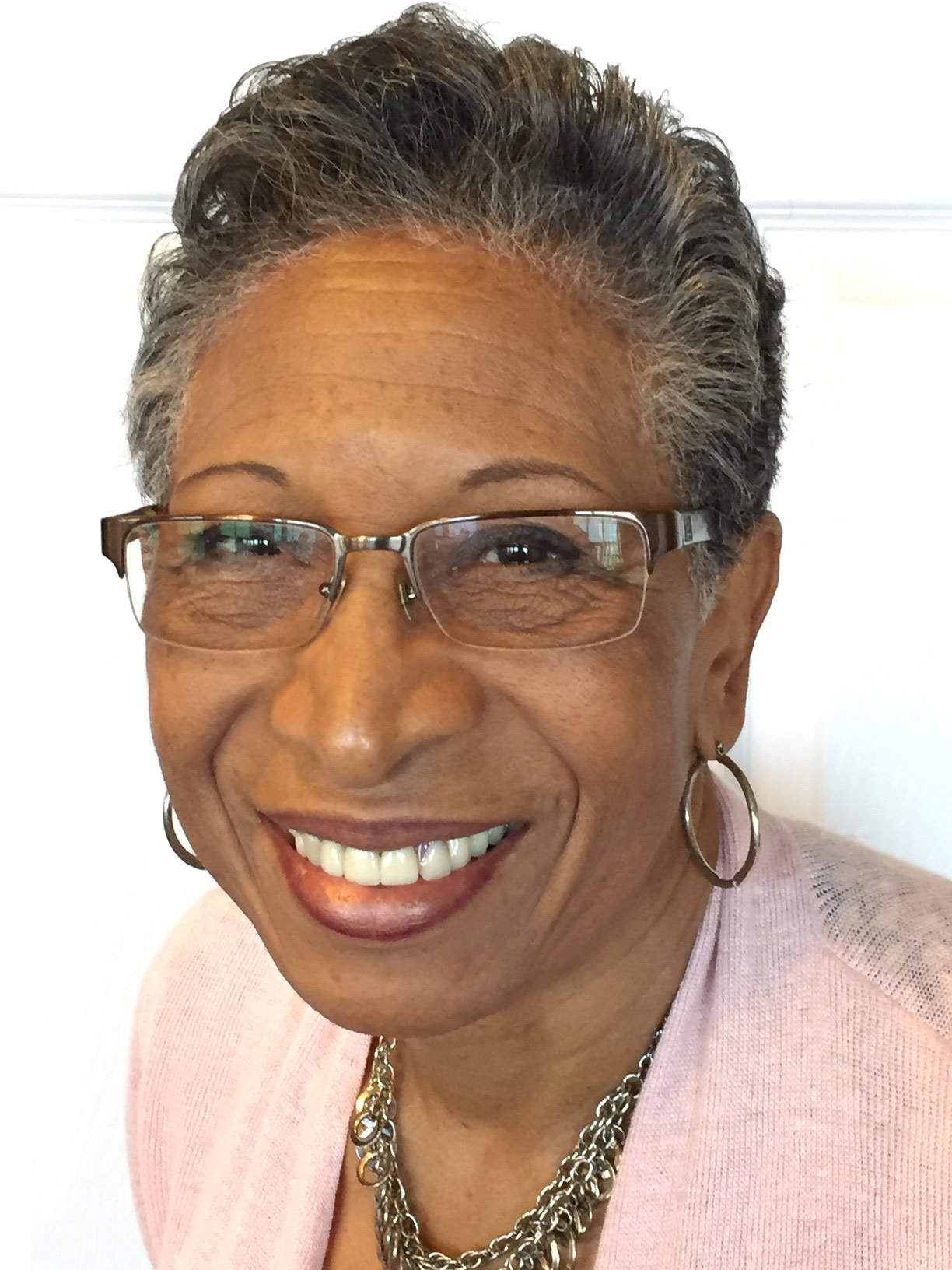 Shirley and her husband retired to Lake Wateree, lower basin of the Catawba River, in 2001. 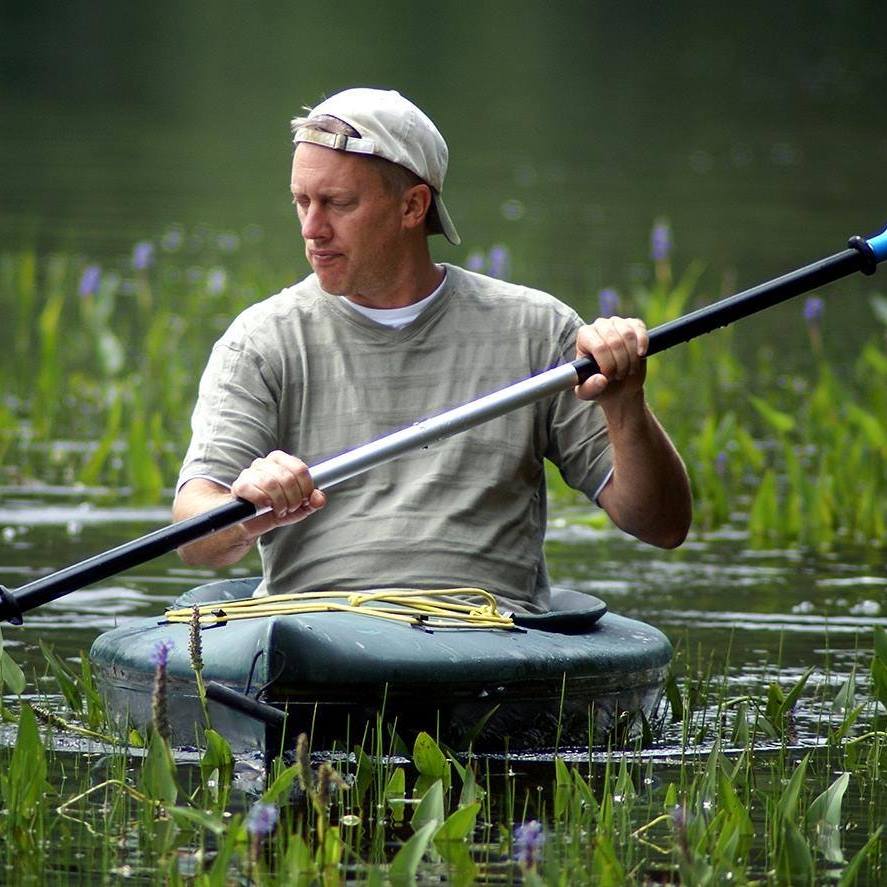 Tim has been a leader at NCWF for more than three decades, becoming CEO in 2009. A graduate of the University of North Carolina, Tim has the proven ability to analyze conservation issues and apply effective management and creative techniques to address problems in a successful and equitable way. Tim has established creative programs for private lands restoration, founded grassroots campaigns and initiatives, forged unique partnerships, and been a leader in North Carolina’s conservation community. Fourteen years ago, Tim established NCWF’s first community wildlife chapters, and they are still flourishing. He led NCWF to be the National Wildlife Federation’s fastest growing Certified Wildlife Habitat program in the nation. He is constantly striving for further engagement and inclusiveness in NCWF’s work, and his efforts have been recognized with multiple national and state awards from a wide array of partners and organizations. He is often seen testifying in front of elected officials or happily sitting in a duck blind. 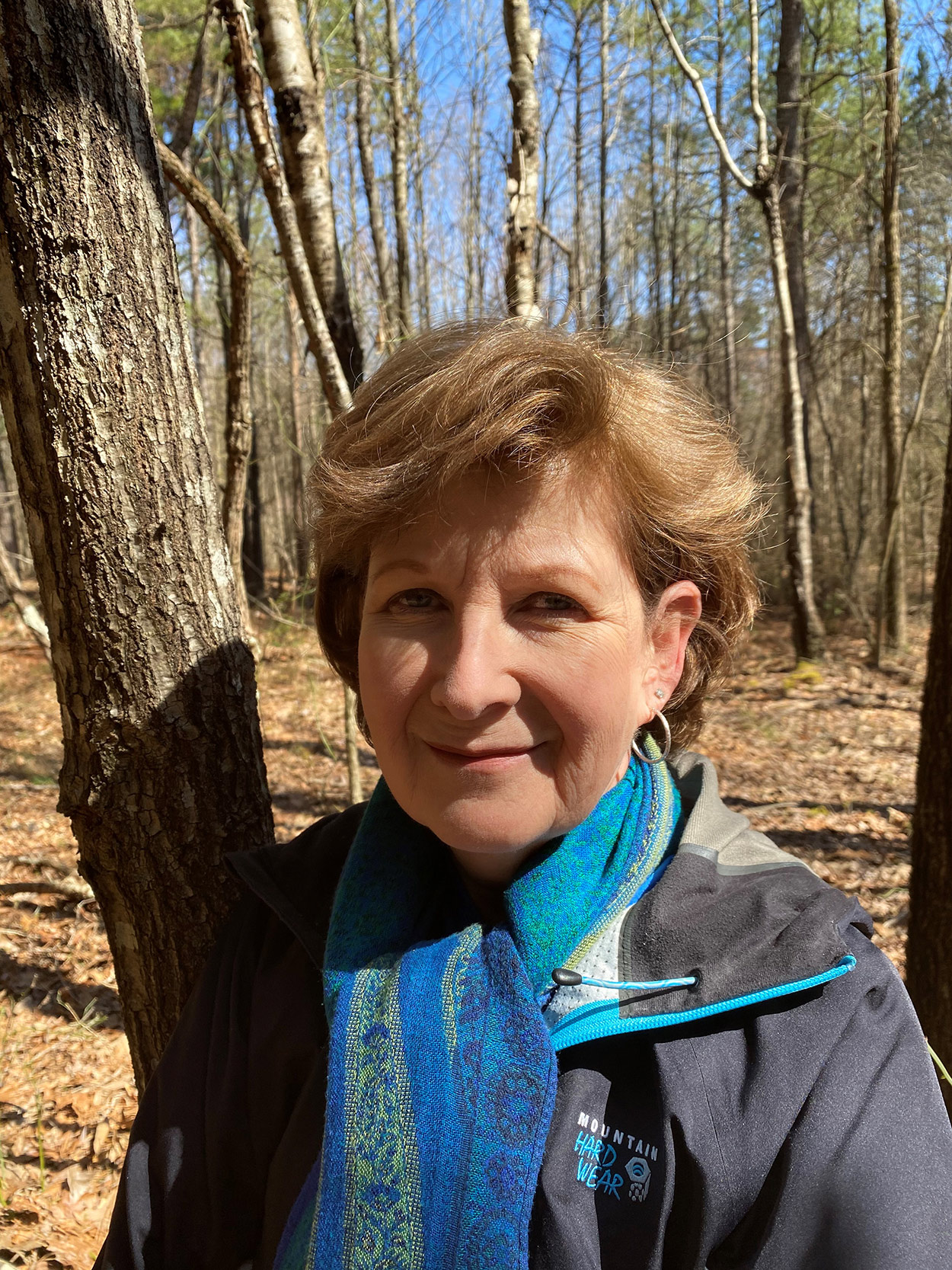 Tami Styer is the Licensing Project Manager for the Catawba-Wateree Hydro Project with the Water Strategy and Hydro Licensing Group in Duke Energy's Regulated and Renewable Energy Department. Tami graduated from UNC Charlotte in 1984 with a Bachelor of Science in Civil Engineering. Tami has been with Duke Energy for 37 years, working in the environmental arena for several areas of the company. Tami joined the Hydro Licensing Team in 2005 and in addition to her current role, Tami has served as the licensing project manager for the Yadkin-Pee Dee Hydro Project and the Markland Hydro Project on the Ohio River in Indiana.

Click on a Speaker’s name to learn more about their unique perspective.

There are no practical alternatives to the Catawba-Wateree River system for supplying drinking water to the two million people who live and work in our region. Protecting this critical resource must be done in a manner that is consistent with the many other uses of the River, some of which could conflict with desirable water supply source characteristics. This discussion will bring together industry experts to discuss how the Catawba-Wateree region can maintain its water supply source in concert with other uses. 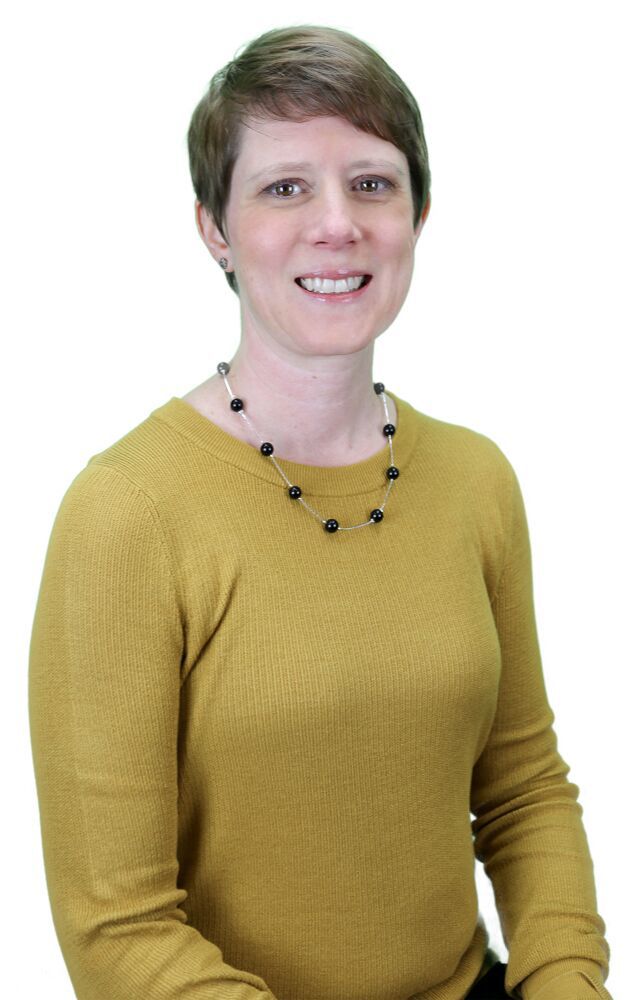 Allison Kraft has been with the Town of Mooresville since 2006, and the Public Utilities Director since 2017. Prior to that she spent 8 years working in private consulting specializing in municipal water and wastewater. Allison graduated from the State University of New York at Buffalo, with a Bachelor’s of Science in Civil Engineering, and is a licensed Professional Engineer in North Carolina. She has received a certificate in County and Municipal Administration through the University of North Carolina-Chapel Hill’s School of Government, and is an alumni of the LGFCU Fellows program through the UNC School of Government. She currently serves as North Carolina At-Large Director on the Catawba Wateree Water Management Group Board of Directors. 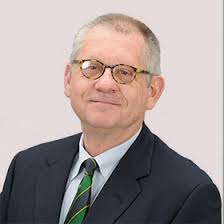 Dr. Mike Marcus is Chief of the Bureau of Water at SCDHEC. He holds a BS in Microbiology from Clemson University; an MS.PH from the University of South Carolina Arnold School of Public Health (Epidemiology and Biostatistics); and, a Ph.D. also from the Arnold School in Environmental Health (Aquatic Toxicology). His first career at SCDHEC began in the Environmental Microbiology Laboratory and ended as Director of the Santee Cooper Basin Long-Term Water Quality Assessment Project. He then spent the next 30 years in the private sector in the EPC and environmental consulting industries. He returned to SCDHEC in 2018 as Chief of the Bureau of Water. 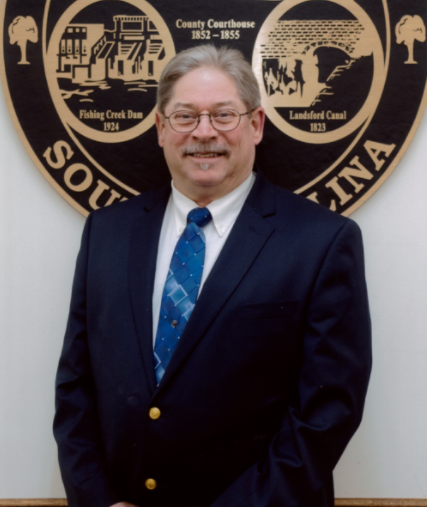 Mike Vaughn retired as Safety Manager after 40 years of employment with Duracell Mfg. in Lancaster. He represents District Two, which includes Great Falls, on Chester County Council. He is a former Chairman of the Board of the Great Falls Hometown Association. He owns and operates Great Falls Adventures, his kayak rental and guide service. A lifelong outdoorsman and Certified ACA Paddling Instructor, he now focuses on working for change in Great Falls and Chester County through Nature Based Tourism. 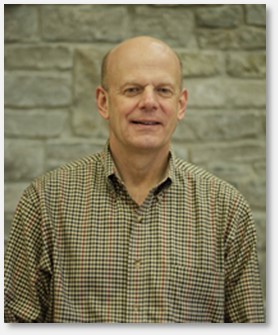 Holman directed Duke University’s Nicholas Institute for Environmental Policy Solutions state policy program from 2007 – 2012. He served as Governor Jim Hunt’s Secretary of the NC Department of Environment and Natural Resources from 1999 – 2000 and as Assistant Secretary from 1998 – 1999. He worked as Executive Director of the NC Clean Water Management Trust Fund, a water quality financing program, from 2001 – 2006.

He serves on the Board of the Environmental Research Institute of the States and Chairs the Forest Restoration Alliance. 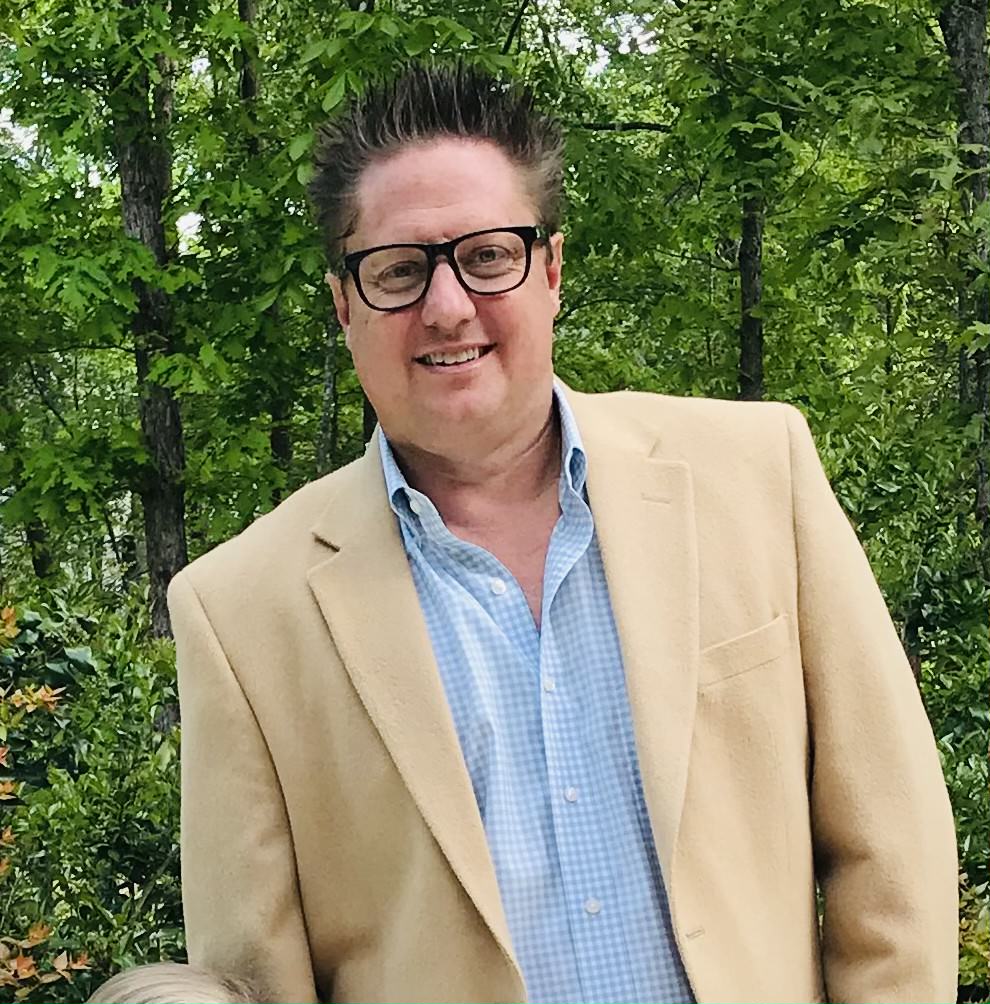 Zach Hall is the Director of Environmental Sciences for Duke Energy. He oversees a group of approximately 8o scientists and engineers, in diverse fields including geology, biology, limnology and chemistry. The groups that he manages have direct responsibility for the acquisition and analysis of data related to Duke Energy’s operations, and impacts to the ecosystems in which they operate. His organization is divided into five (5) distinct groups, surface water resources, natural resources, analytical chemistry, permitting and compliance, and groundwater sciences.

Before assuming his current position in 2014, Zach was the manager of Duke Energy’s corporate analytical chemistry laboratory. Zach has 25 years of industry experience in the environmental arena. Prior to coming to Duke Energy in in 2010, he held various positions in environmental consulting companies and private analytical chemistry laboratories.

Zach earned his Masters of Science degree from the University of Georgia in geochemistry. 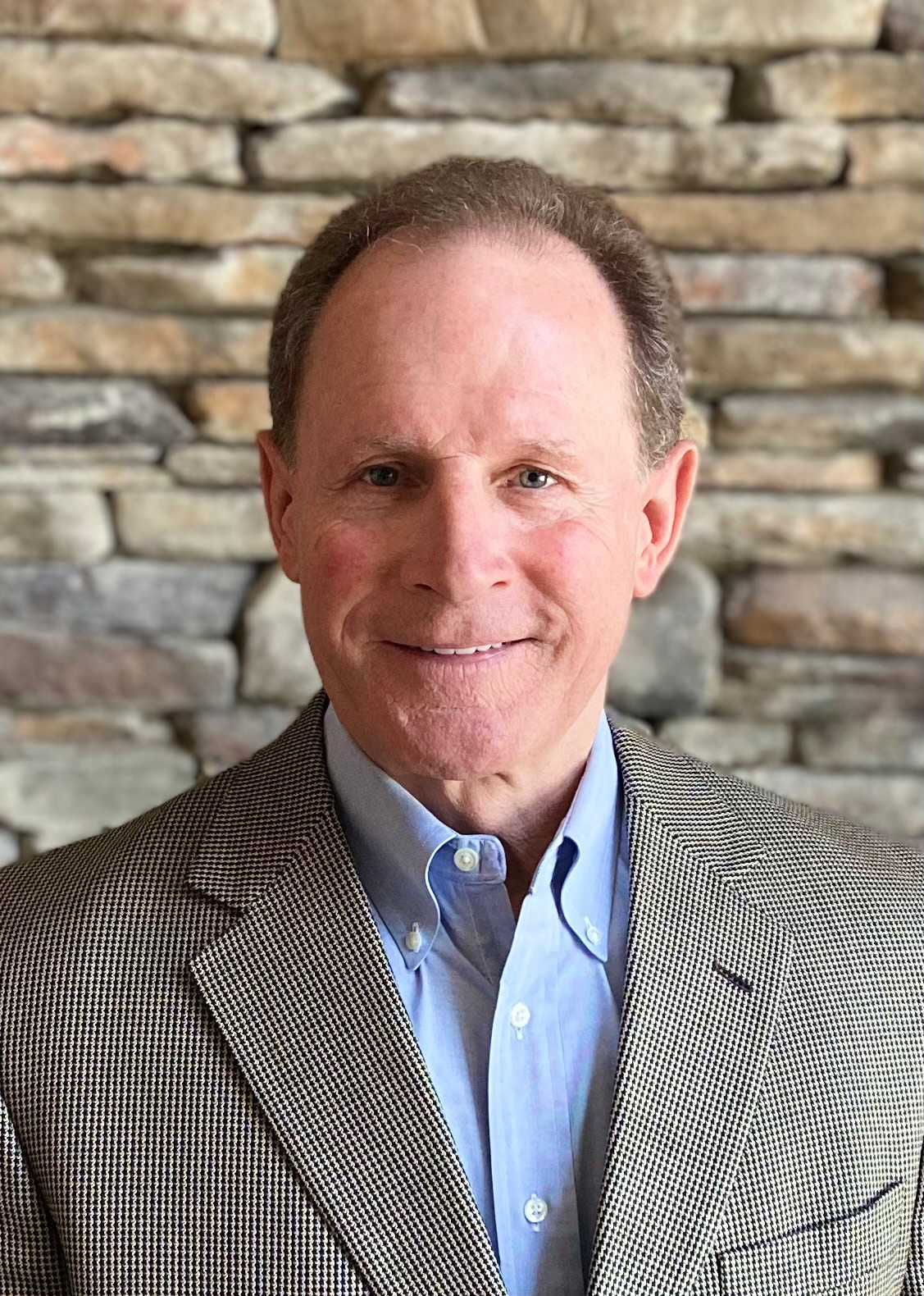 Randy Kelley is a retired business executive and 20-year resident of Lake Wateree. Since 2013 he has chaired Water Watch of Lake Wateree Association, whose volunteers have been monitoring water quality since the early 1990’s, to preserve and defend the environmental health and habitat of Lake Wateree.

Click on a Speaker’s name to learn more about their unique perspective. 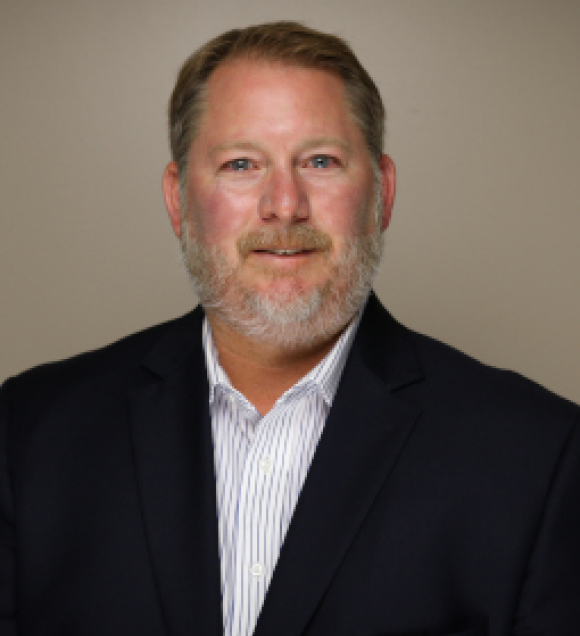 Dr. R. Sean Norman is a microbiologist and an associate professor in the Department of Environmental Health Sciences within the Arnold School of Public Health at the University of South Carolina where he directs his microbial ecology laboratory. His research program broadly focuses on examining how microorganisms influence ecosystem and human health. For the past 10 years, his laboratory has been examining local and global patterns of microbial antibiotic resistance gene flow to better understand the socio-ecological coupling of resistance. Most recently, he has been collaborating with the CDC to understand the risk of exposure to antibiotic resistant bacteria through bioaerosols generated during the treatment of municipal sewage and with the CDC and SC DHEC to examine the potential of sewage surveillance as part of a State-wide and University-level Covid-19 pandemic response. He is also one of the Principal Investigators on the NIEHS Center for Oceans and Human Health and Climate Change Interactions at the University of South Carolina where his laboratory is examining the links between climate change and the distribution and virulence of marine bacterial pathogens. 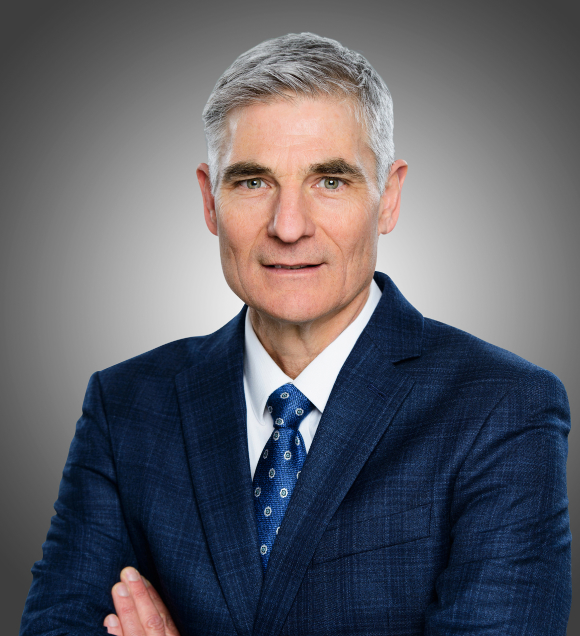 As CEO of The Water Research Foundation (WRF), Peter Grevatt, Ph.D. directs the world’s leading water research cooperative. WRF oversees research and promotes innovation across all aspects of the water sector—in pursuit of ensuring the highest water quality and improving water services to communities across the globe. With approximately 1,200 subscriber members in the U.S. and abroad, the Foundation has over $130 million of contracted research and innovation activities currently underway.

Dr. Grevatt has dedicated over 30 years to the implementation of public health and environmental protection programs, including significant national leadership experience in the water sector. He previously served as Director of EPA’s Office of Ground Water and Drinking Water (OGWDW) where he was responsible for ensuring the safety of the nation’s drinking water supply. Dr. Grevatt also served as Senior Advisor to EPA’s Administrator for Children’s Environmental Health and has held leadership roles in EPA’s water quality and national hazardous waste cleanup programs.

Dr. Grevatt is a graduate of New York University Medical Center with M.S. and Ph.D. degrees in Basic Medical Sciences. He earned his Bachelor’s of Science in Biology from Earlham College in Richmond, Indiana.